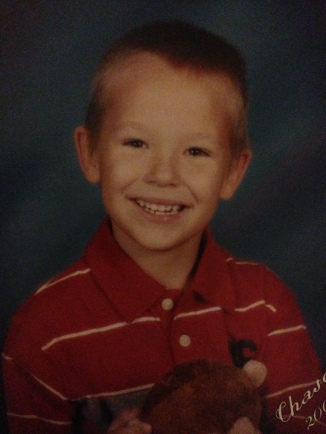 My firstborn graduates high school in a few weeks.  Graduates!  It’s very bittersweet for this old mama.   It’s so hard to put into words all the emotions that are swirling in my mind.

Chase was nine years old when his daddy passed away.  As I said in an earlier blog, no mama should ever have the image of her little boy praying over his daddy’s legs, trying to bring him back to life.   That image has always haunted me.

But God showed me something else in that memory today.   He showed me Chase’s amazing strength and the faith of a little boy.  He reminded me of how Chase played the guitar at his funeral.

Two years later, when Chase was 11, that same strength was resurrected when his grandfather  murdered his grandmother only hours after he and Hunter had left their home.  I believe God had his hand on my boys.  Chase’s faith and belief allowed him to speak at her funeral.

God reminded me of the strength and courage that he has shown during Preston’s trial.  I can’t count the times that Chase whispered in my ear that God was in control and that we would be fine.

I needed those reminders.  You see, I’ve been worrying about the details of his graduation. I didn’t have a “village” to help me. I’ve had “villages” that consist of broken families, divorced families, and just the uniqueness of our situation.  And these villages don’t always get along with each other.  Some for valid reasons, some for selfish reasons.   When Joseph died, there was no separation like that what comes with a divorce. I still consider my in-laws to be my in-laws even though I have new in-laws.  Confusing, huh?

For graduation, Chase was only given a few tickets to see him walk across that stage in person. Who gets the Golden tickets??  If you invite someone from that village, it will upset someone from this village over here. I was making myself sick!

God reminded me what’s most important to Chase.  His family. And that doesn’t mean blood.   Chase loves everyone.

Chase handpicked every ticket holder.  We support his decisions.  This is his day and it’s our prayer that the villages can co-mingle among each other.   Chase should not and will not choose  between his villages…. because they are all a part of who he is.

I’ve still got a lot to learn from this kid!

1 thought on “Chase. Graduation. And a sweet peace in the 9th hour.”