Ever heard the saying “That’s for the birds!”?  For me, the past several days have been  riddled with these moments.

My tolerance level for certain situations has been non-existent.  The empathy train has  left the station. Annoying little ant hills have popped up along the way pertaining to our health insurance coverage. Hunter needed a cool extra $400 for a school trip.  Chase has graduation pictures coming up.  The grass needs cutting. The house needs to be pressure washed.   We need to reschedule Preston’s upcoming CT scans.  Did I mention it’s tax season? And I’m behind?

I’ve been in warrior mode for so long that I carry two baseball bats and simultaneously knock these problems out of the ballpark. 🤣.  Ok, I try to.  I may end up with 2 black eyes where I smacked myself trying but By Golly, you won’t find me wallowing in self pity.

One event happened that I couldn’t fix.  And  it happens often.   Chase was missing his daddy.  Graduation is looming, he has a job on the horizon.  I can’t imagine it from a child’s point of not having your daddy to share all those milestones with.

So, it’s definitely been a week for the birds.

Probably 15 years ago, their daddy and I were working on a project with our local children’s home.  I had all kinds of beads and crafts for the girls to make necklaces.  Joseph designed and made wooden crosses and doves for the boys to use instead of the girly charms.

15 years later,  imagine my surprise when I found one of his wooden doves in my make-up drawer last week .

The dove is mentioned over 60 times in the Bible.  It’s first mentioned in the story of Noah and how the dove left the ark and returned with an Olive branch.  That was Noah’s answer that the water had receded from the floods and new life had begun.  Doves are also mentioned in the psalms, associated with beauty and love from our Heavenly Father.

This morning, I put this dove in my pocket, as a reminder of all of God’s promises and his pure, ever faithful love for each of us.  And when I get off today, I’ll give it to Chase and have him put it in his pocket as a sweet reminder of his earthly Father and heavenly Father’s love for him.

I know it won’t fix the yearning he has, but the strength he needs is found in the source of that symbolic dove to overcome any and all things. 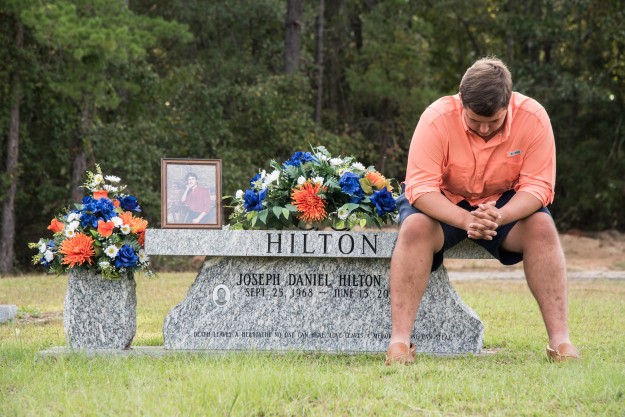