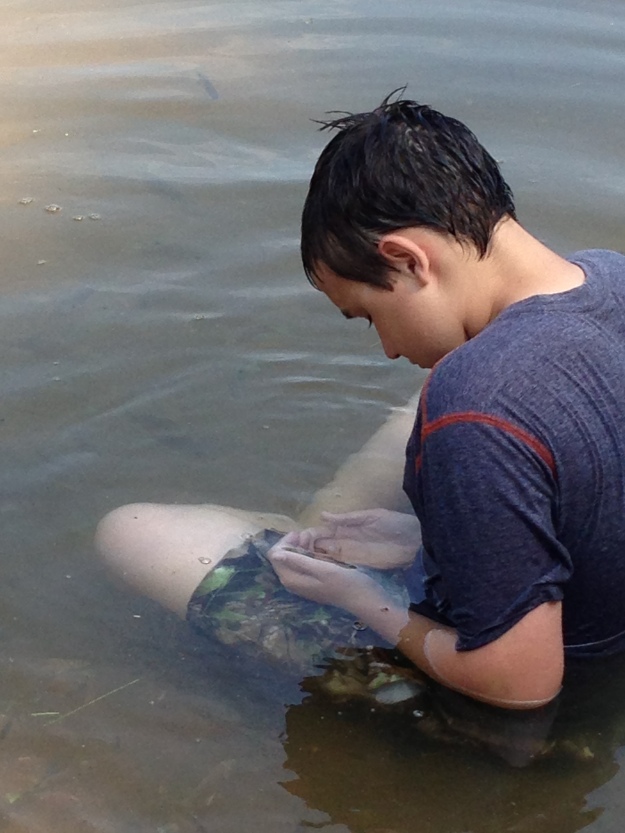 After sharing such a dark post earlier this morning, I need to share someone from my happy place.  My Hunter.

After losing Joseph,  I spent a year battling one emotion after the other.  And finding God’s grace in it all.  The best way that I can describe it is that I was Humpty Dumpty.  I was knocked off that wall and shattered into a million pieces.  My ever patient Savior picked me up, piece by piece, and painstakingly put me back together.  I’ve learned what love really is.  I had it ALL wrong.

I thought I could pick and choose who I wanted to love.  When they no longer served me, I could kick them out of my circle and my life go right on.  Through losing Joseph, God taught me what agape love is.  Love isn’t meant for you to hold on to. Give it freely.  I’ve found that the more you give it away, the more God replenishes you. Forgiveness is all wrapped in this love as well.

During the year following  Joseph’s death, I had one question that I kept going back to God and asking….. hundreds of times.  “Why didn’t you let me say goodbye?  Why didn’t you let me right all the wrongs that I did in our marriage?”  I needed to tell him that I was sorry for chewing him out for leaving the mayonnaise out… I needed to ask his forgiveness in me sucking as wife.  God never answered that question, but he surely let me know He was all mighty and all powerful.

Hunter was 7 when he lost his daddy.  After Hunter’s birth, it became obvious that our beautiful baby boy had some quirks.  We spent YEARS carrying him to different doctors and trying to “fix” him.  Nothing worked.  We placed Hunter’s name in a book and prayed for him  at the chapel on the grounds of Fruitland Bible College.  Not long after that, I was reminded that God had created Hunter in HIS own image. Therefore, He doesn’t make mistakes.  In addition to Hunter’s developmental delays, he was also born with hearing loss.  I’ll never forget the look on his face at age 5, when he was fitted with his first pair of hearing aids.  He was amazed that he could hear his flip flops “flop”.  We had to tell him that the chirping he heard was a bird.

11 months after Joseph passing, the boys and I were standing in our normal back pew of the church we were attending at the time.  Hunter was was a pro with his hearing aids at this time.  There was a praise team playing loud music.  Hunter pulls on my shirt and points to his ears and signs to me that he can’t hear.  No worries.  This is common.  I thought his battery must have died.  I reached down and pulled both aids out, and his entire face lit up…… He could hear!  And he tells anyone to this day almost 10 years later, that Jesus healed him.  Doctors cant explain it.

That was a sign from God to me that while my life may never go as planned, He is bigger than me and will never forsake me.  Never.

I hope you are enjoying my blogs.  It’s only the beginning, my friends.